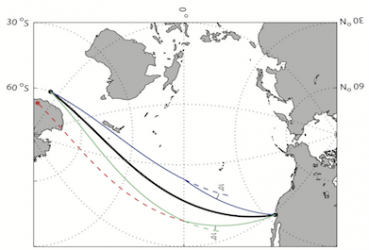 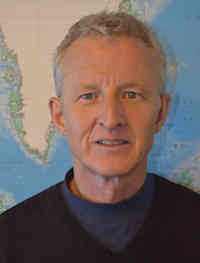 Abstract : The propagation of ocean surface waves is a happy example in which a linear theory (almost) explains ocean observations. I’ll review the history of this problem, starting with early work on wave prediction in World War II. The most conspicuous failure in the classic work is that wave sources inferred by great-circle backtracking are often as much as 1000 kilometers away from the storms reported on weather maps ; a few sources seem to fall on the Antarctic continent. We have reproduced these old observations using modern recordings of swell from deep-water pitch and roll buoys and find that the modern observations are most often in excellent agreement with the location of large storms on weather maps of the Southern Ocean. There are, however, a few puzzles e.g., in one case, the direct great-circle route is blocked by the Tuamoto Islands and the inferred source falls on New Zealand. I’ll explain the frequent mirages in the old observations, and the occasional mirages in the modern observations, as resulting from refraction of ocean surface waves by currents.

Biography : William Roy Young is a Distinguished Professor at Scripps Institution of Oceanography, University of California at San Diego. He is a physical oceanographer interested in ocean circulation, planetary fluid mechanics and the interaction of waves with mean flow.