Sarah Houver, former PhD student at the Laboratory Pierre Aigrain, and Sophie Marbach, PhD student at the Laboratory of Statistical Physics, have been awarded the l’Oréal-Unesco grant For Women in science. The purpose of these grants is to highlight the women contribution to science, which is too often kept in silence. Women represent today 28% of the researchers and only 3% of the scientific Nobel Prizes are awarded to them. « To get over prejudices and inspire vocations », the L’Oréal Foundation, in partnership with Sciences Academy and French National UNESCO Commission, is awarding each year 30 grants to women working in science, in order to support them in the continuation of their carreer, support their research work and give them the visibility they deserve. 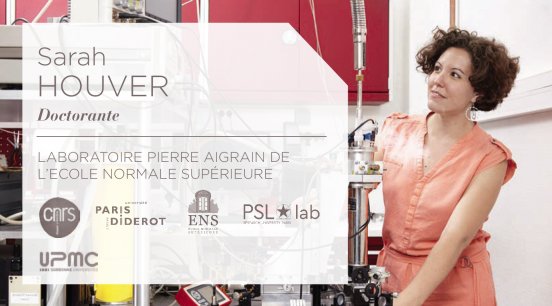 Sarah Houver, former PhD student at the Laboratoire Pierre Aigrain (PhD defense in April 2017) studied the mixing of two optical rays, one visible and the other infrared. This mixing allows to generate a new optical ray at a different wavelength. This phenomenon is possible because of an optical excitation of the medium on which the light is sent that resonates with electronic transitions, given rise to non-linear optical phenomena. This experiment uses a quantum cascade laser, system composed of nanometric semiconductor layers . Those very compact devices are the infrared source as well as the interacting medium of the light. « This setup could be a useful tool in order to build faster telecommunication and internet networks, but is as well a powerful probe to study fundamental properties of matter. » says Sarah Houver. 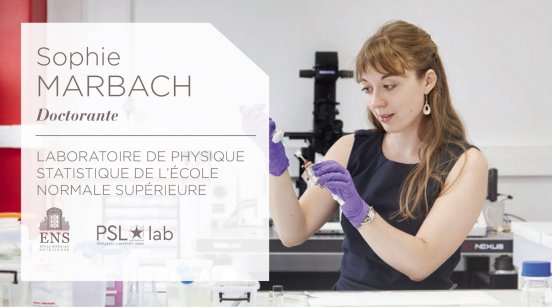 Sophie Marbach studies the transport of water at very small scales and in particular filtration processes. « A better control of those processes could lead to solutions to major societal problems » she explains. Her dream: that Science can help sustainable development and solve the energetic transition in France and in the world. For this reason, she chose to explore fluid transport phenomena at the nanoscale, and contributes to invent new filtration membranes. She has worked on an active « passoire » with dynamic holes, and she took inspiration in the kidney working process to conceve a biomimetic filter. Her reasearch could help transform salted water into drinkable water as well as optimize actual dialysis processes.

The ceremony has been held on October 11th in salle Wagram, where prize winners presented their work in front of a large audience.