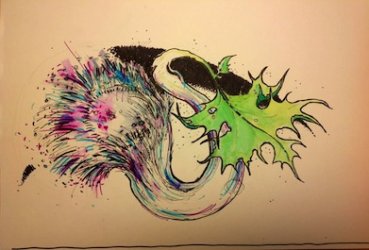 Nature’s most vivid colours rely on the ability to produce complex and hierarchical photonic structures with lattice constants on the order of the wavelength of visible radiation [1]. A recurring strategy design that is found both in the animal and plant kingdoms for producing such effects is the helicoidal architecture [2,3]. In such structures, a series of individual nano-fibers (made of natural polymers as cellulose and chitin) are arranged parallel to each other in stacked planes. When distance between such planes is comparable to the wavelength of light, a strong polarised, colour selective response can be obtained. These helicoidal multilayers are generally structured on the micro-scale and macroscopic scale, giving rise to hierarchical structures with a complex optical response. Biomimetic with cellulose-based architectures enables us to fabricate novel photonic structures using low cost materials in ambient conditions [4-5]. Importantly, it also allows us to understand the biological processes at work during the growth of these structures in plants. In this talk the route for the fabrication of complex bio-mimetic cellulose-based photonic structures will be presented and the optical properties of artificial structures will be analysed and compared with the natural ones.

Biography : Dr. Silvia Vignolini studied Physics at the University of Florence, Italy. In 2009, she was awarded a PhD in Physics at the European Laboratory for non-Linear Spectroscopy and the Physics Department at the University of Florence. During her PhD, she studied light-matter interaction in the near-field regime under the supervision of Prof. D. Wiersma. In 2010, she joined the group of Prof. U. Steiner as a Research Associate at the Cavendish Laboratory in Cambridge, UK, working on optical properties of soft materials. In 2013 she has been awarded a BBSRC David Philip Fellowship. She joined the Chemistry Department in Cambridge as a Lecturer in 2014, and in 2015 she has been awarded an ERC Starting Grant.