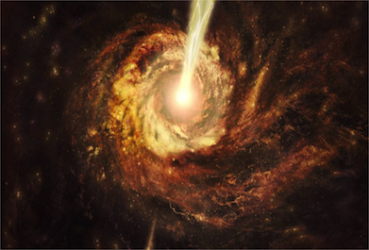 Cosmic connections : from cosmic rays to gamma rays, to neutrinos and magnetic fields

Combined data from gamma-ray telescopes, cosmic-ray detectors, and neutrino detectors have produced some surprising new insights regarding the most powerful sources in the universe, as well as intergalactic and galactic magnetic fields and extragalactic background light. I will discuss how a unified treatment of gamma rays, cosmic rays, and neutrinos reveals some intriguing connections between some seemingly unrelated phenomena.

Biography : Alexander Kusenko is Professor of Physics & Astronomy, UCLA, and a Senior Scientist at Kavli IPMU, U. of Tokyo, Japan. He grew up in Simferopol, Crimea, USSR. He received his undergraduate and graduate education at Moscow State University and YITP, Stony Brook, respectively, and he obtained a Ph.D. degree in 1994. He held positions at University of Pennsylvania and at CERN Theory Division prior to joining UCLA. Kusenko is a Fellow of American Physical Society and an active member of Aspen Center for Physics.