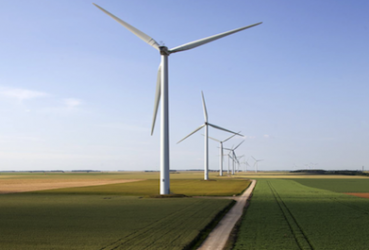 The presentation examines the impacts of the integration of a large share of variable renewable generation into the generation mix of the European interconnected electricity system. The analysis, which is based on the results of long term studies performed by EDF R&D, aims at improving the current understanding of the technical and economic feasibility of a massive deployment of wind and PV across the European system. This results relies on an EU system wide approach based on a chain of advanced power system simulation and optimization tools. The study addresses several aspects of the system integration of variable generation in particular, including the characterization of variable RES generation, the need for generation and interconnection infrastructure, the role of demand response and storage, the impacts on short-term system operation and VRE market profitability.

Biography : Alain BURTIN is a graduate of the Ecole des Ponts (Paris). He joined EDF Strategy division in 1986 and developed software for the operational management of electricity systems and for investment and pricing decisions, with various experiences in South America and Eastern Europe countries. From 1993 to 1999, he worked on EDF international deployment and led business analysis for the evaluation of EDF investment projects. In 1999, in the context of the opening of the European Electricity market he joined EDF Energy Branch as head of a project of European market business integration, and from 2003 to 2007 as head of Market Analysis and Asset Development Department in the Optimization and Trading Division. R&D Energy Management program leads forward-looking studies on the energy system and develops the methods and the tools for the optimization of the electricity portfolio and gas portfolio.