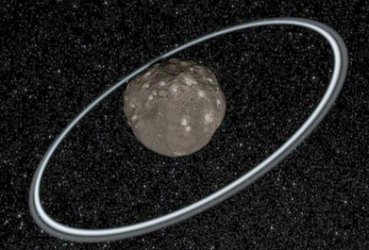 The remote objects of our solar system orbiting beyond Neptune merely appear as faint, point-like sources in classical images. Consequently, their physical properties remain poorly known. Still, they contain largely unaltered material that dates back from the primordial proto-planetary stage. Moreover, they kept the memory of the early and troubled history of the planets and provide essential information on the origin and evolution of our solar system. The stellar occultation technique is a very powerful tool to study those objects. It consists in observing worldwide the passage of these bodies in front of stars, which reveals their shapes, atmospheres and for some of them, rings. Extremely high spatial accuracies (sub-km) can be attained, and sensitivities as good as the nanobar level are routinely attained with this technique. This is in fact comparable to what is obtained from in situ space missions. Among the noteworthy breakthroughs achieved in the last decade, I will highlight : (1) The discovery of rings around Chariklo in 2013 (see image). This is the first time that rings are observed elsewhere than around giant planets like Saturn or Uranus. The presence of rings around such a small body (about 240 km in diameter) is a puzzle and shows that rings are more common in the universe than previously thought. (2) The monitoring of Pluto’s atmosphere since 2002, that revealed a continuous pressure increase in spite of a continuous recession from the Sun, hence a gradual cooling that should freeze the atmosphere onto Pluto’s surface. This paradoxical situation can probably be explained by strong seasonal effects by which fresh nitrogen ice sublimates after decades of permanent night. This study is most timely at the epoch of the NASA/New Horizons Pluto flyby of July 2015.

Biography : Bruno Sicardy is Full Professor “classe exceptionnelle” at the University Pierre et Marie Curie (Paris 6). Among his main results are the discovery in 2013 of the dense and narrow rings around Chariklo, a small object orbiting beyond Saturn, and of Neptune’s incomplete rings (or “arcs”) in 1984 ; he showed that Pluto’s atmosphere more than doubled in pressure between 1988 and 2002 ; and he first measured at kilometric accuracy the radius of Eris, a dwarf planet orbiting at about 100 AU from the Sun, and comparable to Pluto in terms of size. He co-authored about 115 refereed papers in major journals, including 5 publications in Science, and 15 in Nature. He received many awards, among which an ERC grant to observe stellar occultations. The name “Sicardy” was given to the Main Belt asteroid 6280 in 1994.