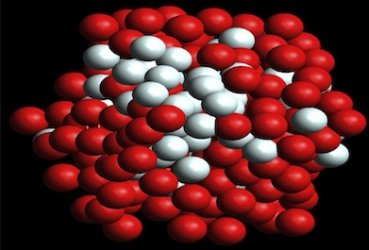 Non-linear responses, soft-modes and the true nature of glasses

Amorphous glassy matter is ubiquitous. It intervenes as well in everyday life as in cutting edge science : not only a lot of materials are glassy (glasses, foams, plastic) but also several systems in mathematics, computer science and biology display glassy behavior. In recent years, research has been boosted by new theoretical and experimental advances ; unifying concepts and theoretical frameworks have emerged. After a general introduction, I will present two recent results obtained studying non-linear responses. I shall show that high order non-linear susceptibilities of super-cooled liquids provide definite results on the critical behavior of the glass transition and reveal its non-standard nature. In the amorphous solid phase, the emergence of a marginally stable glass phase at low temperature leads to the breakdown of standard elasticity and diverging fluctuations of all non-linear elastic modulii.

Biography : Giulio Biroli earned his Ph.D. in physics in 2000 from the ENS Paris. He joined the Institute of Theoretical Physics at CEA-Saclay in 2002 as a permanent member. He is a visiting reseracher and professor at the LPS-ENS from 2015. He is a theoretical physicist working on soft and hard condensed matter and statistical physics. For his studies on the thermodynamics and dynamical properties of the glass transition and jamming phenomena, he received the Young Scientist award in Statistical Physics 2007 from the IUPAP. Since 2007 he has been director and organizer of the Beg Rohu summer school of physics.