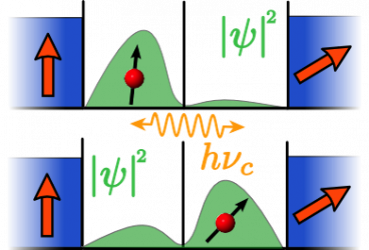 Cavity quantum electrodynamics techniques have turned out to be instrumental to probe or manipulate the electronic states of nanoscale circuits. Recently, cavity QED architectures have been extended to quantum dot circuits. These circuits are appealing since other degrees of freedom than the traditional ones (e.g. those of superconducting circuits) can be investigated. I will show how one can use carbon nanotube based quantum dots in that context. In particular, I will focus on the coherent coupling of a single spin [1] or non-local Cooper pairs to cavity photons. Quantum dots also exhibit a wide variety of many body phenomena related to their fermionic contacts. The cQED architecture could also be instrumental for understanding them. One of the most paradigmatic phenomenon is the Kondo effect which is at the heart of many electron correlation effects. I will show that a cQED architecture has allowed us to observe the decoupling of spin and charge excitations in a Kondo system.

Biography : Takis Kontos has been a permanent CNRS fellow at the Laboratoire Pierre Aigrain, Ecole Normale Supérieure of Paris since 2005. He obtained his Ph.D. in 2002 for studies on the interplay between superconductivity and ferromagnetism in nanostructures. His general interests are quantum transport in hybrid nanostructures and cavity quantum electrodynamics in nanoscale circuits.