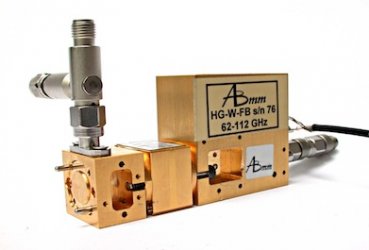 SubTHz photons in the universe and in my life, seen in 2015, international year of light

Past and future, general and personal experiences will be mixed. The subTHz photons belong to the electromagnetic domain between microwaves and infrared, between electronic and optical techniques. The frequencies are below 10E+12 Hz, the wavelengths > 0.3 mm, and the energies below 4 meV. Before coming to these photons, a digression is made on the way we receive our favourite photons from our close star the sun. The sensations given by the visible light are much better explained by Goethe than by Newton. The growing needs in communication push the radiofrequencies techniques up in frequency. In the last century, suddenly appeared lasers and optical fibers, with a frequency jump of three orders of magnitude above the upper end of electronic techniques. The so-called "THz gap" (lack in tunable easy sources) remained a frontier. Today, this frontier is pioneered by many groups invading it from above, by laser optical techniques. Remaining on the "traditional" solid-state electronics side, subTHz photons produced recently splendid evidences in the two "pascalien" infinites : They are the most abundant photons in the Universe, by far. They can be caught during a fraction of a second as individuals for various, pure, quantum manipulations.

Biography : Philippe Goy was Directeur de recherche au CNRS and made all his academic research at the Physics Department of ENS. His PhD was performed at the Groupe de Physique des Solides, former name of LPA. He joined Serge Haroche at LKB when was created the group of Rydberg atoms interacting with microwaves (this research was rewarded by the 2012 physics Nobel prize to Serge Haroche). As an experimentalist devoted to millimeter-submillimeter waves techniques, Philippe Goy developed the instrumentation necessary for this research. With the help of Michel Gross, he patented an all solid-state electronics bench which opened the vector measurements up to the THz. The start-up AB MILLIMETRE could extend the use of this instrument to various branches of research : high-magnetic field spectroscopy, radioastronomy, plasma physics, material and metamaterial characterization, harmless imaging. Philippe Goy is the author of four science-fiction books. He received the K.J. Button award at the 40th International Infrared and Millimeter Waves-THz conference in August 2015.