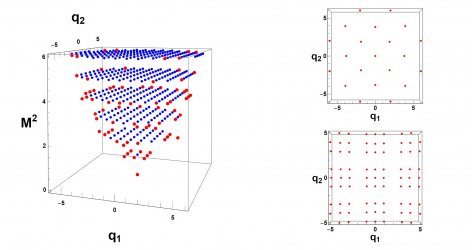 The Swampland Program in Quantum Gravity

The concept of an effective field theory is central to practically all modern areas of physics : In order to describe the physics below a certain energy scale, it is not necessary to know all microscopic degrees of freedom above this cutoff scale ; rather we can parametrise our ignorance of the true microscopic physics in terms of a number of input parameters which define an effective action. For gravitational theories, a natural choice of such a cutoff is the Planck scale, below which gravity is weakly coupled and an effective field theoretic description should be available. But which, if any, constraints arise by demanding that an effective theory below the Planck scale arises from a consistent fundamental quantum theory including gravity ? This question of foundational importance is at the heart of the so-called Swampland Program, which aims at identifying criteria to decide if an effective field theory can be coupled to gravity at high energies - i.e. is part of the ‘landscape’ - or, if not, whether it belongs to the ’swampland’. A growing web of oftentimes surprising criteria have been conjectured in the recent literature and are being tested quantitatively against concrete computations in explicit candidates for quantum gravity theories such as string theory. This colloquium will exemplify a few of these Swampland Conjectures, discuss their logical relation and indicate their status from a top-down string theoretic point of view.