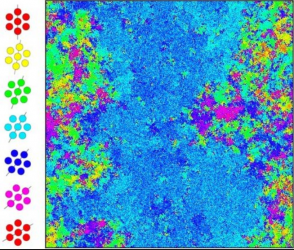 Fast irreversible Markov chains and their applications in statistical physics

The Monte Carlo method is an outstanding computational tool in science. Since its origins, it has relied on the detailed-balance condition (in other words on the absence of flows in equilibrium) to solve general computational problems that are modeled as equilibrium-statistical-physics systems.

In this talk, I discuss irreversible Markov chains that violate detailed balance. They end up in equilibrium (without being in equilibrium) realized as a steady state with non-vanishing flows. One-dimensional particle models show interesting parallels with the TASEP, and one may show explicitly (and even prove rigorously) that these algorithms reach equilibrium on much faster time scales than the reversible algorithms that satisfy detailed balance. The generalization of irreversible Markov chains to higher dimensions relies on a factorized Metropolis criterion which is based on a non-intuitive consensus rule rather than on comparing energies or forces.

As applications I discuss our recent solution of the famous 2-d melting problem for hard disks and related systems, where we showed, using the new algorithms, that hard disks melt neither following the Kosterlitz-Thouless-Halperin-Nelson-Young prescription nor the alternative first-order liquid-solid scenario. I will also introduce to ongoing work on the JeLLyFysh Python application for all-atom Coulomb simulations, where we sample configurations following the Boltzmann distribution exp(-beta E) without knowing the potential energy E. This is of great interest when E or its derivatives, the forces, are hard to compute. 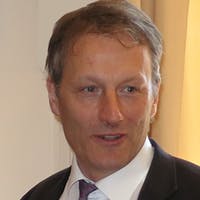