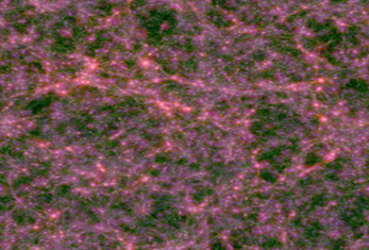 Modelling the physics of galaxy formation in an expanding Universe : a multi-scale challenge

In this talk, I will present state-of-the-art numerical efforts to capture the physics of galaxy formation and evolution in the explicit framework of the standard cosmological model, consisting of an expanding Universe accelerated by a cosmological constant and with a mass content dominated by collisionless cold dark matter. More specifically, I will discuss cosmological hydrodynamics simulations of two sorts. In the first part of the presentation I will review large volume simulations which allow one to perform a statistical comparison with observations but only reach a resolution comparable to the size of galaxies (see e.g. www.horizon-simulation.org). In a second part, I will focus on "zoom" simulations of individual galaxies performed at a resolution which resolves the giant molecular clouds where clusters of stars are born. I will highlight how such simulations permit a better modelling of the physics of star formation and stellar feedback and discuss the impact this has on the integrated properties of galaxies.

Biography : Julien Devriendt did his PhD thesis on the theory of galaxy formation and evolution at the Institut d’Astrophysique de Paris and then was a Leverhulme Post-Doctoral Fellow and Wolfson Junior Research Fellow at the University of Oxford, and a visiting Astronomer at the Centre de Recherche Astrophysique de Lyon. He is currently on leave from CNRS and Physics Lecturer at the University of Oxford.