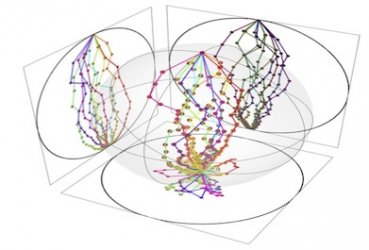 When a quantum system is measured, it collapses onto a state that corresponds to the measurement outcome. This measurement backaction takes subtle forms if the system first interacts with an ancillary quantum system, which is then measured. Observing these phenomena requires detectors, which are able to extract most of the information leaking out of a quantum system. Superconducting circuits now offer a testbed for these questions. In this talk, I will show how quantum measurement backaction can be observed in circuit quantum electrodynamics (c-QED) experiments. It will be shown that it is possible to follow a quantum state under a weak continuous measurement, use it to realize feedback and also to prepare entangled quantum states.

Biography : Benjamin Huard graduated from the Ecole Normale Supérieure of Paris in 2003 and did his PhD studies in the Quantronics group at CEA Saclay (France) with Hugues Pothier. There, he performed experiments aiming at investigating the behavior of electrons in mesoscopic metallic and superconducting conductors. In 2006, he joined the Goldhaber-Gordon group at Stanford University (USA) as a post-doc fellow, and observed the Klein tunneling of electrons in graphene for the first time. In 2008, he started the activity of the Quantum Electronics group at Ecole Normale Supérieure (Paris, France) together with Michel Devoret. He received the Saint-Gobain award of the French Physics Society in 2006. He is a research scientist at CNRS and associate professor at Ecole Normale Supérieure.